GAA USA’ is a four part series produced by the IFTA winning Sónta Films which chronicles the largely unknown history of Gaelic games in the United States.

In the series, Dara Ó Cinnéide travels across the US to GAA clubs in Boston, Chicago, New York, Milwaukee, and San Diego, to give the audience an entirely new perspective on the Irish emigrant experience as lived through Gaelic games. In conversation with Irish people who have made a home for themselves in the States, he encounters an enduring love of Gaelic games, a deep respect for their past and a great hope for their future. He also explores the struggle of the guardians of Gaelic Games over the years to ensure the survival of the GAA.

Presenter Dara Ó Cinnéide said: ‘Gaelic games in America have always held a strange fascination for me. There were so many furrows to be ploughed and stories to be told that I was drawn to the series from the outset. Like many other Gaels, I have a particular affinity with the Unites States because generations of relatives and neighbours from home have immigrated to its cities and neighbourhoods.’

‘Their story was worth recounting and, having played there I believe I had a particular insight that would help me present that story.’ 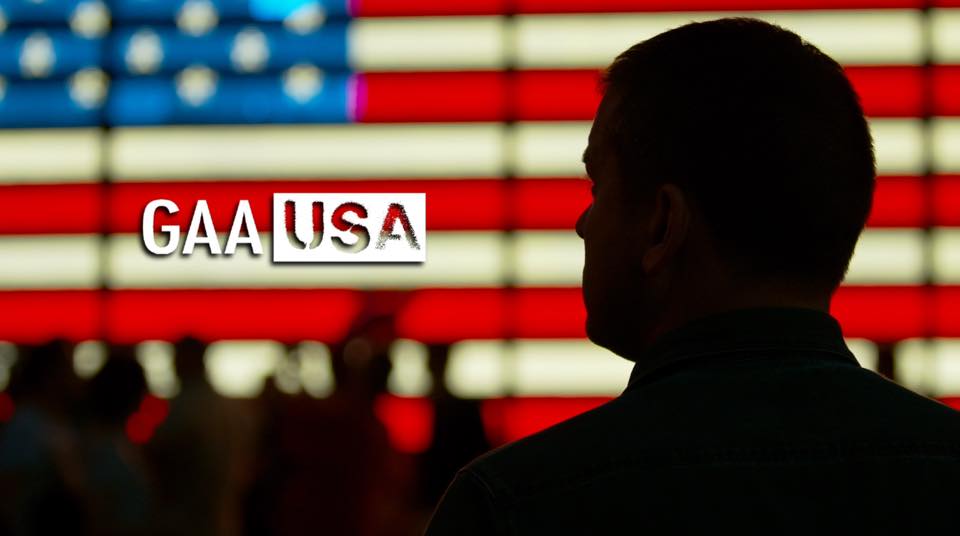 The series is a Sónta Production funded by TG4, and the Broadcasting Authority of Ireland and was produced by Éamonn Ó Cualáin and directed by Sean Ó Cualáin.

The DOP on the project was Réamonn Mac Donnacha, Location sound was by Seamus Ó Flatharta, and it was edited by John Murphy with Darragh Dukes doing the music.

In advance of the series airing we travelled to New York city to launch the series in the Irish Consulate in the company of the new GAA President. It was a great night and I’m very grateful to have gotten the invite to attend.