Roisin Stack has done a huge amount of work in Galway for the last number of years to promote theatre in the Galway area. As director of the Galway Theatre Festival, held each year in November, she has overseen the provision of a great platform that local theatre companies can use to promote and showcase their productions. The festival has been a huge success and has without a doubt increased the number and quality of productions being made in Galway and provided a great launching pad for west of Ireland talent. One of the most successful of these companies is Mephisto and they have provided the lovely Miss Stack with an oppurtunity to direct an exciting project this summer. They are currently seeking finance to help fund the production through fundit and I think they are a very worthy cause and that this is an oppurtity to thank Roisin for her hard work with some hard cold cash. You can apply to help them here

The play they are going to produce is “The Mai” by Martina Carr, this is what the lads in Mephisto have to say about it.

‘The Mai’ is our 20th production and builds on our successful run at the Town Hall Theatre in 2011 with ‘The Honey Spike’ by Bryan MacMahon. For that production the Town Hall Theatre invested financially in us, as they are doing with ‘The Mai’. With a cast of thirteen and demanding production requirements, ‘The Honey Spike’ was “an epic step in the company’s 5-year theatrical voyage”, (Irish Theatre Magazine). In August 2012, we’re taking an even bigger leap.

The Project:
‘The Mai’ by Marina Carr is a play about love, the kind that chews you up and spits you out. It’s a play that centres on four generations of women from the same family who struggle to come to terms with effects of their love and how it can be damaged but remain true; a play that our female actors will relish. With all the plays in the world to choose from, we chose this one, chiefly because Marina Carr is one of Ireland’s most popular and gifted modern Irish playwrights.

From opium-smoking, oar-wielding matriarch Grandma Fraochlán, who forever laments the death of her beloved Nine-Fingered Fisherman, to The Mai herself who tears her world apart and re-builds it again and again for her passionate but absent husband Robert, to their 16-year-old daughter, Millie, who is just beginning to learn about the punch that crazy love can pack, ‘The Mai’ re-imagines the timeless Celtic myth of Coillte and Bláth, and gives the audience a story that will lodge deep down in their bones.

Why do we need your help?
‘The Mai’ is our most ambitious play yet – a challenging and moving play, a large cast, performing on the main stage of the Town Hall Theatre, Galway – and we have engaged a professional team of theatre practitioners to stage this ambitious production. We are fortunate to have some financial support from the Town Hall Theatre and we are looking to raise just over 10% of our budget here on Fund it for design costs needed to compliment the dream-like, elegiac quality of the script, and to get us over the line and give the production the staging it deserves.

In other funding news, some more of my buddies are also looking for cash.
Aoife Scott is doing a parachute jump in aid of the RISE foundation, you can support it here

The RISE Foundation is a registered charity founded by the singer Frances Black in 2008, focussed on the family of those in addiction (alcohol, drugs, gambling, food addiction etc.).
Our Mission “To support families who have loved ones in addiction, to reduce addiction related harm and to combat the shame and stigma associated with addiction”.
At RISE (Recovery In a Safe Environment), we are dedicated to working towards helping families to free themselves from the heartache of a loved one in addiction, and to rediscover relationships in families lost to addiction.
We help families understand the nature of addiction, and teach self-help mechanisms to those suffering the devastation and heartache of having a loved one in addiction.

Maire De Barra is running a marathon to help raise funds for the Cork Life Centre, you can support it here

The Sunday’s Well Life centre is one of 4 Life Centres in Ireland.
Established in Cork in 2000, the Centre offers one-to-one education, counselling and support to early school leavers aged 12-16.

In 2011, we, that is, Laura Rigney, Sarah O’Toole and Sinead Coughlan, decided to climb Africa’s highest peak, Mt. Kilimanjaro, in aid of Concern. There are many personal reasons behind why we have decided to do this however it is primarily to try to make a difference. We believe we can achieve that difference through fundraising for Concern, a respected Irish, non Governmental Organisation with a long track record of making successful interventions in areas of the developing world where help is most needed.
Please help us to help others by lending us your financial support. Our target is to raise €17,000 in sponsorship all of which will go directly to improving lives through agricultural and environmental health development and practice in Tanzania, where Mt. Kilimanjaro is situated. The challenge is now set for 11th October 2012.
Donating through this site is simple and totally secure. Concern will receive your money directly so they can put it to work in some of the poorest communities in Africa.
Thanks so much for your support and for helping to make a difference.
Much love and gratitude 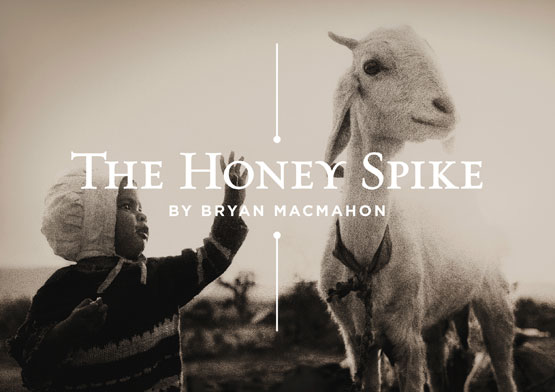 For the last number of weeks my friend Róisín Stack has been toiling away as Creative Producer on Mephisto Theatre Company’s production of Bryan McMahon’s “The Honey Spike”. The play opens tonight on the Town Hall Main Stage in Galway where it runs until Saturday. Advance word is that its something special, you can buy tickets here but hurry up as they are fast selling out.

“Here is a tale of the Irish roads, of a tinker and his wife. It’s a tale of trouble and wildness and a child that’s born to life…”

Breda Claffey has set her heart on returning to Kerry. For in Kerry is the Honey Spike, the ‘lucky’ hospital in which her child must be born.

No other spike will do. But she and her husband Martin are far from home, at the northernmost tip of Ireland – and Kerry is a long, wearisome distance by cart.

It’s a journey of endurance lightened by laughter and mischief. The travellers tangle with soldiers at the border, priests in the Midlands and feuding clans in Kerry. Breda rushes towards the future but the past is waiting for her at Puck Fair in the shape of Winifred McQueen, the gypsy girl who wanted Martin for herself. The Honey Spike evokes an Ireland of passion, wildness and beauty. Its people live as they have always lived; putting their faith in God and in magic, in religion and superstition, but their greatest belief of all is in life itself.

Playwright Bryan McMahon comes from the great North Kerry tradition of Irish writers that includes his illustrious contemporary, John B. Keane. The Honey Spike, which was first produced by the Abbey Theatre in 1961, is widely regarded as his best play.

“…There’s mating in it, birth and death and drink to flood a dyke So here’s how they raced the bloody road that led to the Honey Spike”