Two things to look out for this week.
First of all is the fifth and final episode of ‘On The Fly’ which I edited and that is on Setanta tonight at ten and also tomorrow at six and friday at 3. In this episode Tv’s mr nice guy chef Neven Maguire (Macnean House, Cavan) travels from the north west to the midlands in search of pike. A popular fish in other parts of Europe, Irish people are not comfortable eating pike. Neven learns the craft of flyfishing on Lake Derravaragh, Co. Westmeath. One of the most well known of Irish chefs, the crowds gather to taste Neven’s pike dish. 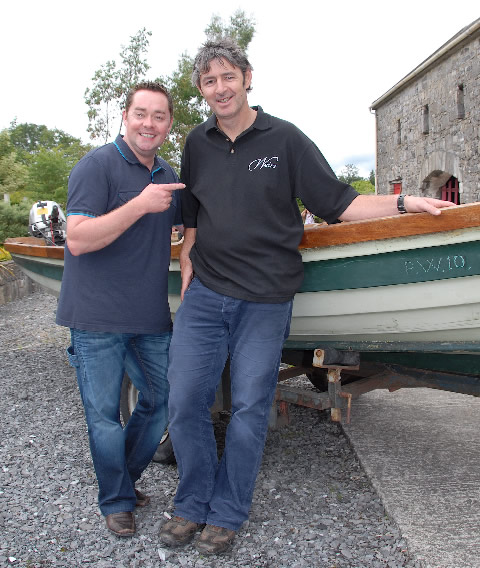 Also on this week is the start of series two of “Garrai Glas”. I had nothing to do with this but everyone working on it is a friend and its a most enjoyable romp about growing your own food, using traditional and organic methods in your Garden. Starring Sile and edited by Gearoid in Abu, it also counts colm Hogan, Bob Brennan and James Ryan amongst it crew. Starts tomorrow at 8:30 on TG4 for 13 weeks