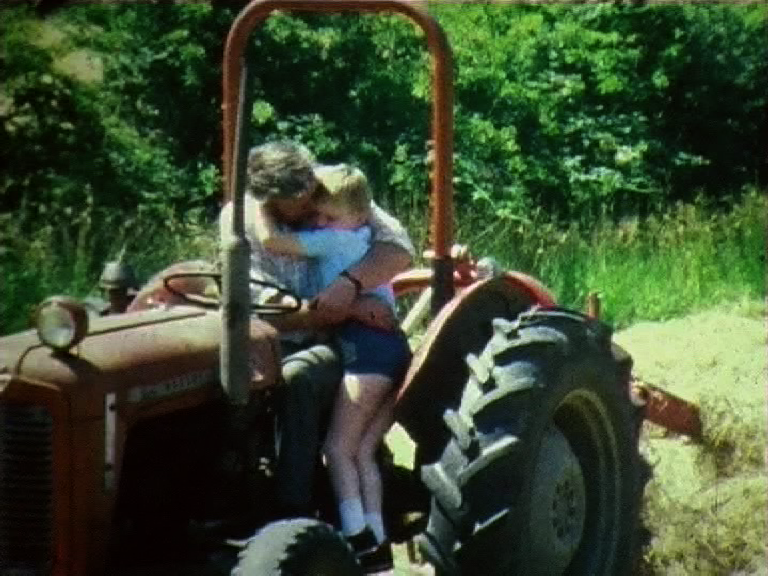 A music video I made for the singer Aoife Scott will be premiering on her facebook page tomorrow Friday 27th of May at noon. It is now available to watch here well it was, its gone down for the moment. Some issue with Youtube Aoife is sorting it out

Here’s how it came about,
About six weeks ago I was asked by Aoife to direct a music video from her upcoming cd release. I was naturally thrilled to be given the opportunity to make something for her. However prior work commitments and my upcoming NYC Sojurn meant that we had to be creative in how we used our time. So I decided to raid some archive I had laying around.
Last year my friend Jimmy had asked me to help him get his parents old Super 8 footage transferred so i put him in contact with another friend Julien Dogere from Super8 Ireland. His company as well as the sale of Super 8 cameras, film and accesories also specialises in the telecine of old footage. Each reel is carefully transferred frame by frame and brought back to life, my friend Jimmy and I were both delighted with the results. The footage we got back was great and a real treasure trove of memories for Jimmy and he let me hang onto a copy of it.
When Aoife sent me a copy of her song ‘The Growing Years’, it and Jimmy’s footage seemed a natural fit. From the very first frames I put down to the track I knew it worked and it seemed to cut itself. I then just had to show it Jimmy, who absolutely loved it. I asked him if there was anything he wanted me to change on the grounds of sensitivity and he said the only thing he’d change was a pan about two minutes in because it wasn’t moving the story along! Of course being the big film buff that he is he was spot on as well. I can’t thank him enough for letting Aoife and I use the footage we are both thrilled with the final product and are excited about getting it out there.

That the apple doesn’t fall far from the tree is an oft-stated truism, but in Aoife Scott’s case that doesn’t make it any less valid. Born into the legendary Black Family – which includes her mother, Frances, and her aunt, Mary – she has been surrounded by and immersed in music from an early age, from listening to her grandparents, mother, aunt and uncles making music around the fire, to observing the backstage workings of festivals both here and abroad. Now she is making her own way in the music business, having decided (surprise surprise!) to pursue a singing career.

She is about to release her debut 5-track EP, which includes songs by Don Mescall and Damien Dempsey. Aoife attended an Irish language school and has been living in Connemara for the past year, and her fluency and love of the language are reflected in her choice of songs. She has been involved in a number of prestigious performances with some of Ireland’s finest musicians and international acts including Sharon Shannon, Séamus Begley, Cherish the Ladies, Eddi Reader, Pauline Scanlon and of course the Black Family. Aoife has been quietly generating a buzz amongst musicians for several years, and this EP will bring her to a wider audience.

Possessed of a voice that is laden with character, fragile one minute and forceful the next, she drew an unprecedented reaction from the listeners of a leading internet broadcaster when performing alongside several well known artists earlier this year. She is the featured voice on the soundtrack of the acclaimed tv series ”Seachtar Na Cásca”, which aired in September 2010. Other projects include a radio documentary exploring her family links with Rathlin Island, the birthplace of her late grandfather, and recent appearances on Imeall Geal, on BBC Northern Ireland.

In an era when talk is cheap, the assertion of stellar musician Sharon Shannon that the young Aoife Scott is possessed of “a great passion with a fearless attitude” has to be taken seriously. Watch this space for further developments!

One thought on “Music video I made goes online tomorrow”