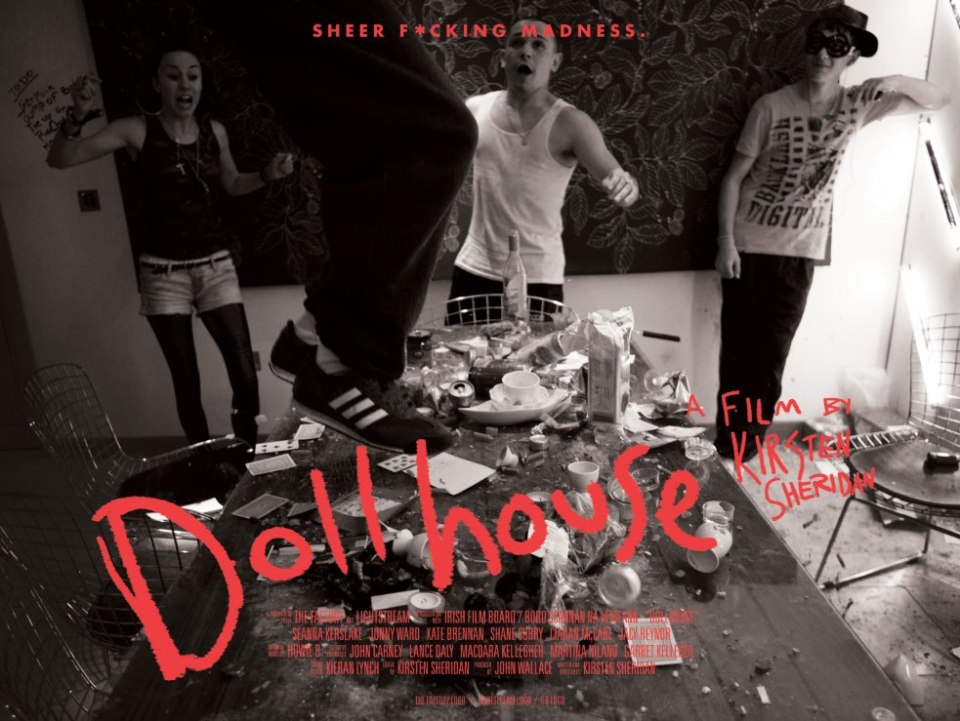 This has been something of a banner year for Irish film, there cannot have been a year in which so many Irish films were made and/or found distribution. That onto itself is reason to celebrate, the fact that so many of the films have been of a very high standard across a wide variety of genres is fantastic. After Death of a Superhero which opened last weekend, today comes Dollhouse, the latest film from Kirsten Sheridan. I was lucky enough to see the film earlier this year and its excellent with a superb cast and taut direction and editing. Its my opinion that this is exactly the type of film that Irish filmmakers should be trying to make, small films that cast a big net.
The film was produced by my good friend John Wallace, for whom I’ve cut a number of projects, King of the Travellers last year, It Happened One Night several years ago and the project I’m currently editing Showrunners.

Please do try and hunt down this film THIS weekend. If we want more Irish cinema than we have to go see this films in their first weekend or else cinemas would have them around for a second.

Kirsten Sheridan will take part in the following Q&As: