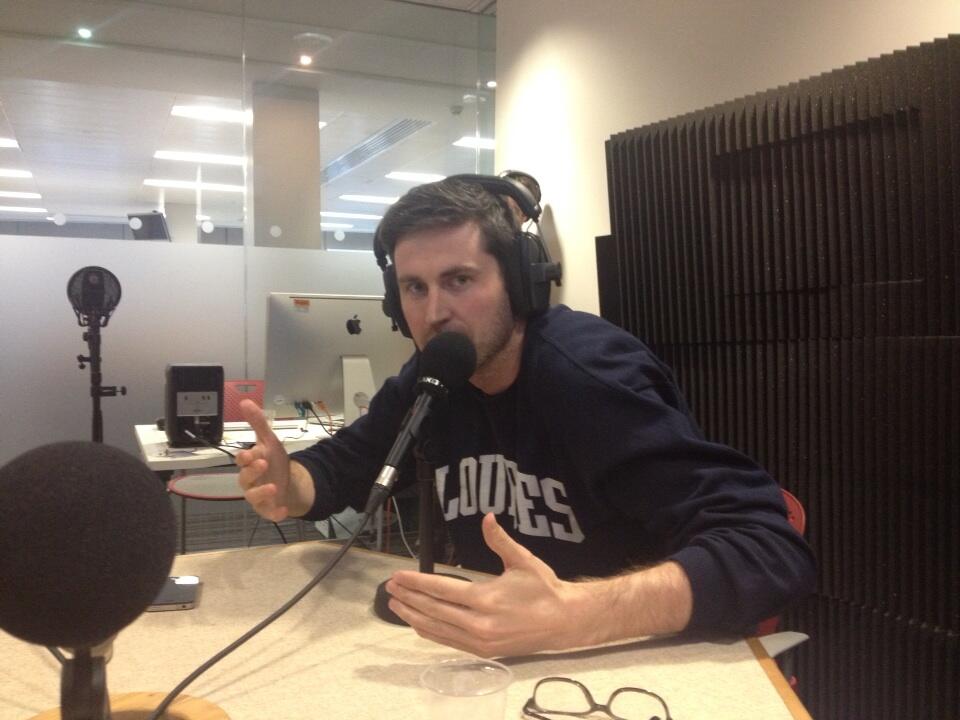 Today is the day, after 2 months of sitting around drinking tea, Ciaran and the boys from Second Captains have finished their gardening leave and are returning to work. The lads are taking the first steps back into the warm embrace of their legion of fans with a podcast in association with the Irish Times.

For the last few week the lads have been bunkered down in their city centre base plotting and schemeing in scenes reminiscent of Clinton’s War Room . I’m delighted that they are today doing what they love to do most, talking about sport and that people are going to get the chance to listen.

I think after all they have done to change what we expect from sports broadcasting in this country and as an acknowledgement of what their previous show meant to people the least we can do today is show our appreciation by going to the Irish Times website from 2 and downloading that podcast. Don’t just do it once either, download the hell out of it. Think about your mother, she’d like to listen to it wouldn’t she, download it for her. Think about little Bobby, the simple farmhand from down the country who without murph’s dulcet tones for inspiration has given up on his dream of one day riding the DART in the big city. Download it for him. And how about Niamh, your friend with the fetish for men with blond curly hair, well you get the picture. The important thing is that people get out there go to the Times site and support the lads.