Last year I had the privilege of cutting the dark thriller Derelict for writer/director Frank Kelly from Drogheda. Derelict was a real labour of love for Frank and he put his heart and soul as well as his consideable talent into it. It was shot over seven intensive days and nights on a shoestring budget with a dedictaed cast and crew in a derelict mill in Slane, Co Meath. Frank assembled a cast featuring the likes of Steve Gunn, Michael Bates, patrick O’Donnell, Brian Fortune and others and together they produced what I beleive is to be a very effective little crime thriller. 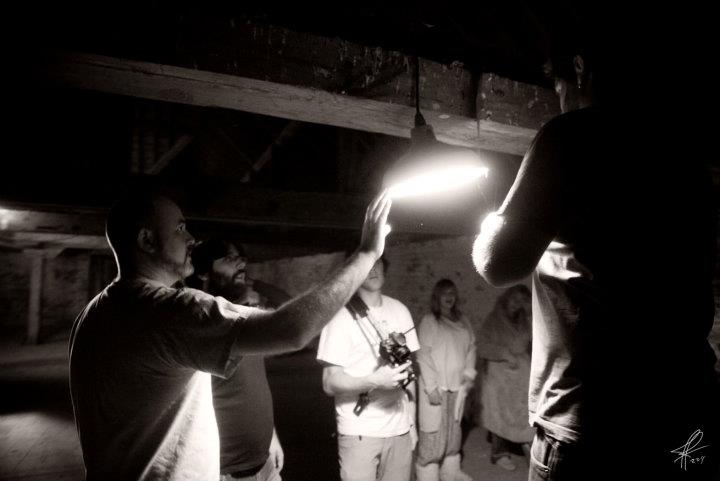 I ended up on the film through Twitter, I had followed a bunch of Irish filmmakers including Frank. He was struggling with trying to edit the film himself and had thrown some editing questions out into the ether, I answered them and we got to chatting. I liked his get out there and shoot it attitude and I had a few weeks free between jobs so I offered to help him out and do a pass at editing the film for free in my time off. I spent about a month getting the film done and it was a really enjoyable and rewarding experience. Frank was a regular visitor to our little house in Dublin8 and cutting a feature film on my laptop in the kitchen turned out to be a huge amount of fun. It goes to show you how twitter has changed the landscape for filmmakers, I would never have had that experience without having engaged with social media.

The film played at the Dun Laoighaire Underground Cinema Festival and the Chicago Irish Film Festival and is still knocking about the festival circuit. In the meantime, Frank has made the film available on Distrify to watch.

Distrify is a great new way for distributing independent films. Its a system that promotes social media sharing and most importantly any money made goes directly to the filmmaker and not to some middleman.

Unfortunetly Distrify doesn’t seem to work with wordpress.com blogs so I can’t actually upload it here, which is a real pain but I will share the film online via social media shortly after I post this blog in the meantime you can go to Frank’s blog and watch the film there. Its on the right hand side of the screen.

Or indeed go directly to Derelict on the Distrify site anD watch it there.

One thought on “Derelict available to Watch NOW”