So yesterday I posted that “The Last Days of Peter Bergmann” had won the best Short Documentary at the highly prestigious Melbourne International Film Festival. Since then the win has garnered quite a bit of attention online.
In a press release from the festival itself the Film Festival Jury had this to say about the film.

“Ciaran Cassidy taps the voyeur in all of us with his masterful appropriation of hours of compelling CCTV footage that track a tantalising incomplete picture of The Last Days of Peter Bergmann. Coupled with a series of compelling interviews, Cassidy manages to invert the mystery genre from whodunnit to why. Meticulously researched, this is a riveting ride that leaves the audience rooted to their seats as they act out the role of both spy and detective.”

Here are some more of the reactions from online yesterday

Congrats to @CiaranCass and all involved with 'The Last Days of Peter Bergmann' who won Best Doc Short at Melbourne http://t.co/onvdNeBvaG

Ok this is starting to get annoying now STOP WINNING EVERYTHING @CiaranCass http://t.co/Jvwsytzocm 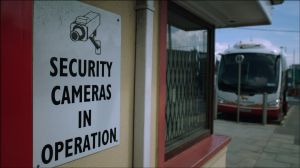