The Sky Road Film Festival kicks off this weekend with a whole host of screenings and talks. Among the selected films are GAA USA and Under Open Skies, 2 sports documentaries I cut last year.
Under Open Skies is a nostalgic look at Irelands abondoned Handball Alleys that dot the countryside. Produced by Heather Mills as part of the Irish Film Boards Reality Bites Scheme, the film was directed by Ben Jones.
GAA USA is an IFTA Nominated series looking at the history of Gaelic Games in America. Heres a quick promo for it.

Also selected for the festival is a series of short films directed by my brother Paul Murphy which deal with Galway’s railway heritage. I’ve seen the films and they are really lovely portraits of people and places associated with part of our history that has died out. Really worth checking these out if you can make it to Clifden on Sunday. They begin at 12 and run for an hour, a trip to Clifden is always worth it.

Here’s the full programme of screenings.. 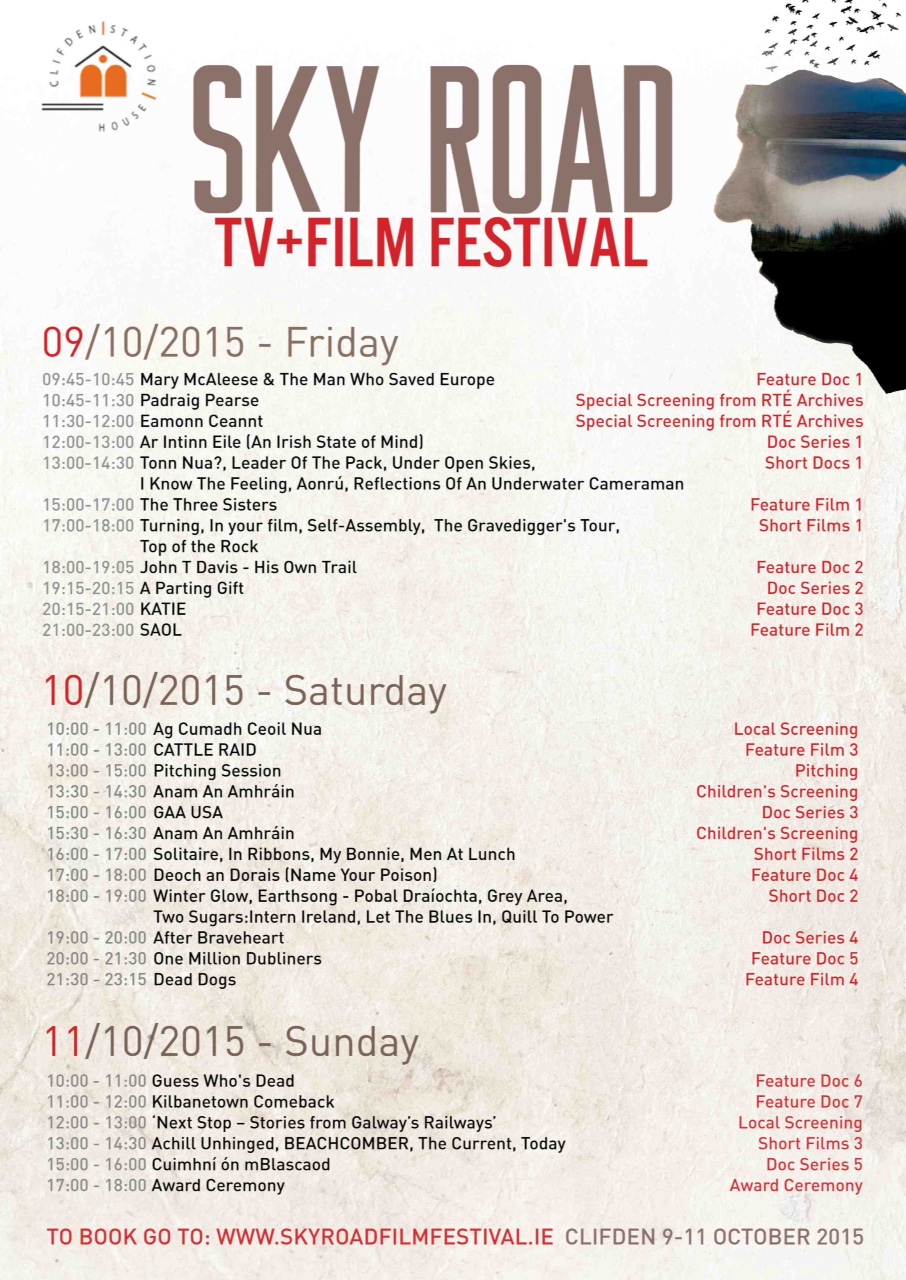