I’ve been away the past week so I haven’t had an opportunity to blog about the fantastic reaction to last weeks screening of the TV3 drama series ‘Trial of the Century’. In fact my flight landed in Toronto just as the second episode finished airing back home in Ireland and I turned on my phone in the airport and saw the overwhelmingly positive reaction to that episode. People responded really well to the series, especially the drama, people were less keen on the third documentary episode but the whole point of the series was to get people talking and I think the series managed to do just that. 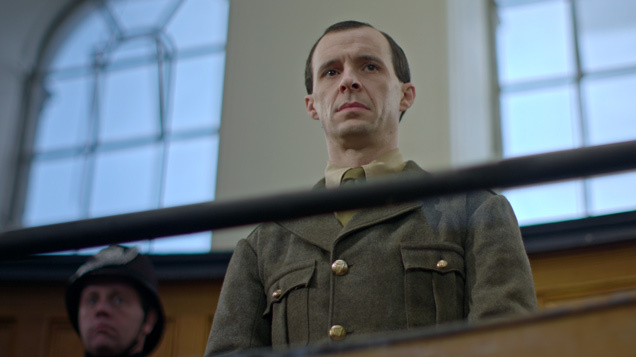 The Irish Times said “The large cast is exceptionally strong – one actor is more convincing than the next – and it’s a tightly filmed, surprisingly tense and beautifully made production, under the direction of  Maurice Sweeney”

The Irish Independent said “Trial of the Century is ambitious, intelligent and provocative…Trial of the Century had a tight, literate script, which manages to make labyrinthine matters comprehensible, and dry legal arguments entertaining. The tension is palpable; you get that tingle that something momentous is about to happen here.”

The Irish Daily Mail said it was the best drama TV3 have done.

Here is just a small taste of the reaction to the series from twitter where it was the top trending item in the country for the 3 nights it aired.

Sometimes the only rule of fiction is that it must feel real. #TrialOfTheCentury felt like a faithful recreation of real history.

Not only is #trialofthecentury brilliantly written, but it's cheap TV. Courtroom drama means no expensive battle scenes. Good 4 @TV3Ireland

This is easily one of the best programmes @TV3Ireland has made. Wish there was more than three episodes. #TrialOfTheCentury

That was just fantastic #TrialOfTheCentury

This is one of the most innovative programmes on #1916 that I've seen. Bravo @TV3Ireland #TrialOfTheCentury