Last week, I went over to Toronto for the Hot Docs Film Festival where the film I spent last year cutting ‘Mattress Men’ had its world premiere. Among everything else it also provided me with an opportunity to take a bit of a break and to visit Canada for the first time. The week away was a great success and the film went down an absolute storm.

The week started with Máire and I attending a really fun literary event on Bloor Street near where we were staying while the director Colm Quinn and the producer David Clarke making a somewhat unique appearance on morning television promoting the film.

The film played three times over the course of the festival, each screening was different and memorable in its own right. The first screening took place in the beautiful surroundings of the Hart House Theatre right in the middle of the city’s University. Despite everyone being nervous about attracting a crown on a Tuesday evening at 9:45 we ended up getting a great crowd down and the audience did what they were supposed to, they laughed, they cried and gave the film a great reception after. No matter how confident you are in a film, you never know how it’ll go down until you put in front of an audience and it couldn’t have gone much better. 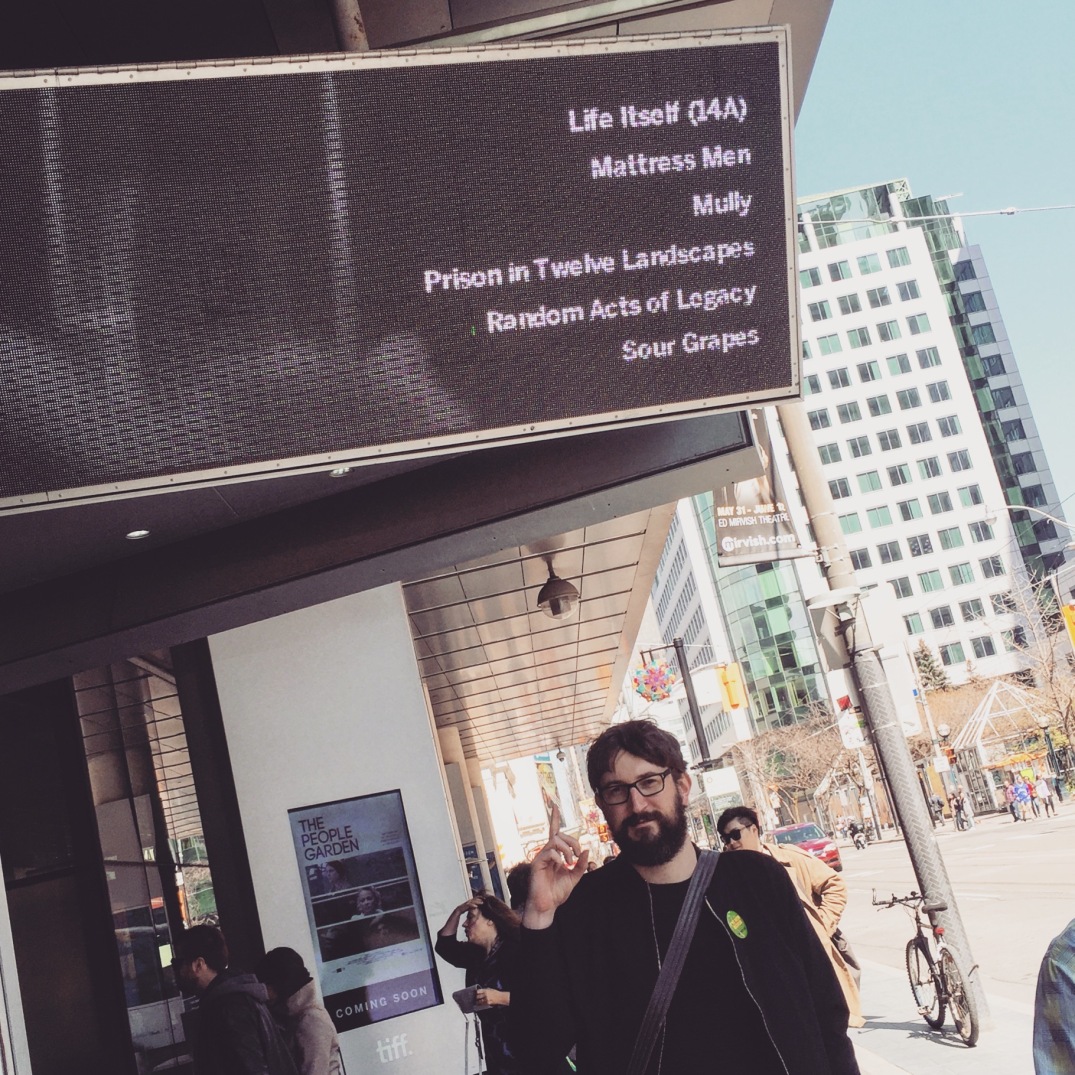 The second screening was in the TIFF Lightbox where so much of the festival was based, this screening played to a full house of over 300 people who once again all loved it. The stars of the film were genuinely touched by all the positivity towards them and to the film. There was a que of people after wanting their photo taken with Brian the Mattress Man. This was a screening unlike other I had experienced in my career thus far. Its something I won’t forget in a while.

The third screening was a bit further out in a really cool district on the Friday night. It was again a full house and we were all a bit more ‘relaxed’ going into the film. It turns out the film is even funnier and more emotional when you’ve had a few jars. I also had the best burger of my life just prior to the screening but thats a different story. Seriously, that burger.

The rest of the week was taken up with catching some great documentaries, exploring a really great city with Máire and just taking it easy. Heading to Niagara Falls with Mattress Mick and the crew is a memory I will cherish. We had a total blast.

Here’s what some of the reviews of the film looked like.
Toronto Film Scene said…
“Most people will probably go into Mattress Men expecting some hearty laughs based on its premise, and while they’ll get just that, they’ll also probably be surprised by how moving it all is. It’s the most unexpected tearjerker of the festival.”

And here are what some of the public had to say about it.

Is there a #HotDocs award for best Q&A? Because I nominate #MattressMen. pic.twitter.com/w6RGPLvjjW

@MattressMenFilm such a poignant film. Loved it, best of luck to everyone

This doc was phenomenal! Go for the laughs, stay for the feels #MattressMen #HotDocs16 https://t.co/PbWfZgY2K0

One of those films that illuminates humanity. & Ireland. & recession. & friendship. & going viral. https://t.co/bXlINKVv49