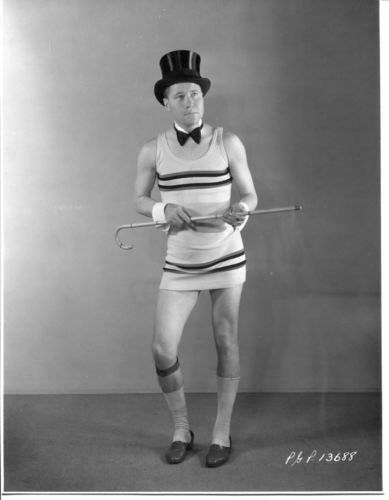 Time to get those glad rags on!

The IFTA nominations were announced today and it was a good day for people west of the Shannon and I think its fair to say its one of the best line-up of nominations in a number of years. Among the nominees is Mobs Cheanada a series I edited which has been nominated in two categories, the Special Irish Language award and the award for Best Documentary Series. The show was directed by Dathai Keane and the nominations mean that Dathai has been nominated for the last five years in a row and that every series he has ever directed has been recognized by the academy. Thats quite an achievement but one that is richly deserved. I had a lot of fun editing this as Dathai is an old friend and the gang at ABU are all good mates of mine, so it was a pleasurable way to spend a couple of months. You can see clips from the series here.

Best of luck to all the nominees but special mention must also go to my buddy Mark Henry who was nominated for his audio post production work on Love/Hate. Hopefully we will have something to celebrate on Feb 11th.

Here is the Press Release

Nominations are announced in categories across film and television, celebrating the highest standard of Irish talent over the past twelve months. All IFTA’s categories have been shortlisted by Members of the Irish Film & Television Academy’s fourteen chapters alongside a select Jury panel of industry experts from around the world.

“The Irish Film & Television Awards is Ireland’s showcase to the world of what our small but outstanding film and television community has to offer: excellent and challenging feature films and dramas; entertaining television and engaging factual content. The Irish industry consistently delivers world-class standards of work that is watched by a global audience. Ireland’s economic struggles have been well documented, but against this pressure it’s heartening to see how Ireland’s hard-working creative community continues to punch above its weight and really deliver.”

The features nominated for Best Film at IFTA 2012 are; the period drama Albert Nobbs; Irish psychological thriller Charlie Casanova; black comedy The Guard, and rural drama Stella Days. Screenwriters for all four of the Best Film contenders – John Banville & Glenn Close, John Michael McDonagh, Terry McMahon and Antoine O’Flaherta – have been nominated for Script Film whilst McDonagh and McMahon join fellow debut director Rebecca Daly (The Other Side of Sleep) and IFTA winner Thaddeus O’Sullivan (Stella Days) in the category for Director Film.

In the feature film acting categories, Tinker Tailor Soldier Spy star Ciaran Hinds receives an IFTA nomination alongside The Guard actor Brendan Gleeson. Michael Fassbender has been nominated for his performance in Steve McQueen’s drama Shame and Martin Sheen, an Irish citizen, has also been nominated for his role as Irish priest Fr. Daniel Barry in the Irish production Stella Days. Sheen’s Stella Days co-star Marcella Plunkett has also been nominated with Antonia Campbell Hughes (The Other Side of Sleep) shortlisted for the first time in the Lead Actress category following her Rising Star nomination in 2011. Newcomer Aoife Duffin is also nominated for her performance in Behold the Lamb. IFTA winning actress Saoirse Ronan has been IFTA nominated for her lead turn in Hanna. Albert Nobbs star Glenn Close and The Guard actor Don Cheadle have both been shortlisted in the International categories for their performances in these Irish features.

In television acting, Brendan Coyle earns his first IFTA nomination for his performance as Mr. Bates in the BBC drama Downton Abbey, whilst more Irish talents working on international television projects feature strongly across the shortlist. Ruth Negga has been nominated for her Lead performance in the BBC biopic Shirley, in addition to a nomination in the Supporting Actress TV category for her performance in the modern sci-fi series Misfits. Ruth’s Misfits co-star Robert Sheehan is also nominated for his work on the second instalment of the E4 series. Chris O’Dowd, Bronagh Gallagher and Eva Birthistle are nominated for their television acting performances, whilst Television Drama Director Daniel O’Hara and Drama Writer Ronan Bennett are nominated for their work on Being Human and Hidden respectively.

In the popular Children’s/Youth category OMG! Jedward’s Dream Factory, fronted by Ireland’s renowned Grimes twins, has been nominated alongside a modern take on Oscar Wilde’s classic The Importance of Being Whatever, the original animated series Punky and the Emmy nominated The Amazing World of Gumball.

The 9th Annual Irish Film & Television Awards will take place at Dublin’s CCD on Saturday 11th of February 2012, broadcasting on RTÉ One at 9.30pm. IFTA 2012 will be hosted by Irish actor Simon Delaney.

ACTOR IN A LEAD ROLE IN A FEATURE FILM

ACTRESS IN A LEAD ROLE IN A FEATURE FILM

ACTOR IN A SUPPORTING ROLE IN A FEATURE FILM

ACTRESS IN A SUPPORTING ROLE IN A FEATURE FILM

BEST DRAMA, IN ASSOCIATION WITH BAI

ACTOR IN A LEAD ROLE TELEVISION

ACTRESS IN A LEAD ROLE TELEVISION

ACTOR IN A SUPPORTING ROLE TELEVISION

ACTRESS IN A SUPPORTING ROLE TELEVISION