Here’s an article by one of my favourite film-makers Steve James on crowdsourcing for documentaries. He, along with best selling author Raj Patel, is currently in the process of raising funds for his new documentary “Generation Food”, a cross-platform look at stories of people fixing a broken food system today so that everyone can eat tomorrow. You can support the film and find out more about it here

In the article below he raises some interesting points, including how uncomfortable he is with people promoting a work in progress. Which is something I wholeheartedly agree with. While I may use this blog to blatantly promote my work and that of my friends, I have one rule. Promote what you’ve done not what you’re doing. People get very fed-up of constant updates from the set and on how post-production is going so that by the time the project is ready for the world, they are so sick of it they are actively rooting against it.

Crowd-sourcing is something that has been a game-changer for so many people, its especially great for Musicians and its a great way for you to support artists that you believe in. Earlier this year, my esteemed colleague and friend Cian McCarrigle used Fundit to finance his wonderful short film “No Messages”. Last night as the Underground Cinema Award Nominations were announced, Cian like a Mayo version of James Cameron cleaned up with 4 nominations for himself personally out of the films 5 nods. Kudos Cian, well played.

The piece originally appeared in Indiewire

Steve James is the director and producer of the documentaries “Hoop Dreams,” “Stevie,” “Reel Paradise,” “At the Death House Door,” “The Interrupters” and “Head Games,” which is awaiting release. He also co-wrote and directed the narrative feature “Prefontaine.” 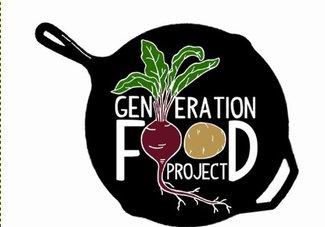 “Generation Food” is a collaboration between myself and author/activist Raj Patel that will tell stories about efforts around the world to try to solve the food crisis — through a documentary, a book, a website and mobile apps. On July 8, we launched a crowdfunding campaign to try to raise funds for the very first research trips we need to make on the film, to locations such as Peru and Malawi. So far, we’ve raised half our goal, with a little less then half the time left.

I’ve never done this kind of fundraising before. But for some time I’ve been intrigued to see that people have had success with it and excited that filmmakers now have a way to raise some money for their films that bypasses traditional funding sources. It opens the opportunity to attract private individuals to support their work.

This is a different process for me in a number of ways. Generally, I don’t like publicity on docs in progress, much less ones that are only in development; I’ve always tried to stay under the radar in terms of any press, especially with regard to the subjects of the film. I don’t want them to be thinking about the film or funding or what the public reaction is going to be. I just want them ”living their lives,” with us simply documenting it all. But for “Generation Food,” we don’t think this will be a problem in part because we have yet to settle on specific stories or characters. So being more public with our crowdfunding campaign is fine for now, though we will likely go “more silent” once we start filming in order to protect our subjects.

Another difference is that unlike any of my other films, “Generation Food” really needs development funding now so we can find the right stories around the world to cover. Aside from “The New Americans” (a seven-hour PBS series on immigration), the projects I’ve made haven’t required that kind of development to go out and find those stories. Rather, the ideas for the films started with me knowing the story I wanted to capture.

Ask any filmmaker: Films that follow stories of “ordinary people” (read: not famous) over long periods of time often have a hard time attracting early funding, even if the filmmaker has a good track record. For most of my films, I’ve had to go out and start shooting before I could get the rest of the funding. That was the case with “Hoop Dreams,” “Stevie” and “The Interrupters”: We started them quietly out of Kartemquin Films, only really going to funders once we had something to show and a firm idea of what the film might be. And then much further down the road, we went public when the film was set for some kind of premiere.

So that’s another difference with “Generation Food.” With this campaign, we’re building early awareness among people who are truly invested, beyond dollars, in the film. We’re already seeing on the “Generation Food” Facebook page that going public early can lead to a real groundswell of support. I love the idea of sharing some of what we find in the research phase with a select community of people early on as a perk for their donating, and then gauging their feedback. We’ve also received some really great thematic questions to ponder from people who care passionately about this issue. That’s all new and exciting to me.

Crowdfunding or not, it seems to me that this is where the marketing of films has been going and will continue to go. Even with a traditionally funded film such as “The Interrupters,” it would have been impossible for that film to have its continuing impact without the Internet and social media – especially given the miniscule amount of money we had to spend on marketing. Crowdfunding seems like an outgrowth of that community-building trend. We looked at all the sites and picked Indiegogo because it seemed to have a broad reach and we’d get to keep the money we raised even if we didn’t make our goal. It will all help!

Crowdfunding isn’t without its drawbacks. It’s been a learning curve. We’re finding that a tremendous amount of work goes into mounting a campaign, putting the perks together and getting the word out. It’s a labor-intensive undertaking, and I’m very thankful that my partners have taken the lead on it. There’s also no guarantee of success, just like any other type of fundraising. I’ve had my share of films for which finding funding has been extremely painful. You don’t escape that. But with crowdfunding you’re at least more in control of your fate.

Another potential drawback is that it probably doesn’t work for every type of story — it just wouldn’t have been right for “Stevie,” for example. He’s the kind of main subject that most people, I think, would have a hard time being inspired enough by to make a donation. However, in hindsight, I think “The Interrupters” would have been a success if early on we had put together a video featuring one interrupter that showed what he was doing. We’ve found that people feel very strongly about the issue, even though back when we were making the film we often wondered, “Who is actually going to want to see this movie?” But that’s hindsight.

So crowdfunding should not be viewed as the savior of documentary filmmaking. You need other opportunities for filmmakers to tell stories that aren’t necessarily issue-oriented or about heroic subjects. That’s the hardest funding to get from regular means anyway, and it may be even harder this way. Plus, traditional sources of funding — foundations, broadcasters, distributors — still need to do their part. They shouldn’t be let off the hook, so to speak, in the brave new DIY world.

And that’s because, given how expensive it is to make a feature documentary, the level of support most filmmakers can muster from crowdfunding isn’t going to fully fund their film. (Yes, I know there are exceptions, but that’s precisely what they are.) Key funding early on — or on the home stretch to finishing — can truly save a film. When I was starting out and banging my head against the wall trying to secure initial funding, crowdfunding would have been a godsend.

So overall, I think it’s a great avenue. I can’t imagine a better film for this approach than this one, especially at this key phase. This project will be community-based in how it is delivered. Raj Patel has contacts around the world, and he has a tremendous network helping this get off the ground. Raj and team member Meredith Palmer, in particular, have been absolutely inspired in their efforts to seek out support and draw attention to the project. Recently, Raj was even able to get a couple of generous donors to put up matching grants that really gave the campaign a second wind. With this support, we hope to find the kinds of compelling stories that will put us in a much stronger position to go to traditional funding sources when it comes to financing the actual production.

One thought on “Crowdsourcing, No Messages & Steve James”